Published on July 7, 2011 by ADCprevention in News and Events 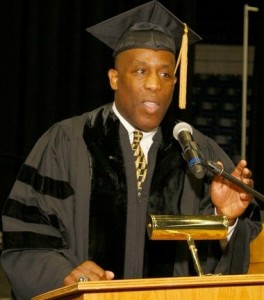 SPRINGFIELD – The 11th annual Fruits of Labor awards dinner, in honor of the memory of George “Big Will” Williams, will be held Sunday at the Castle of Knights on Memorial Drive in Chicopee.

The event will begin at 4 p.m.

U.S. Marshal John Gibbons, of Agawam, the first black federal marshal from Massachusetts, will be the keynote speaker.

The dinner was initiated by Williams to honor worthy and often overlooked or underrated citizens who have given to the Greater Springfield area.

Known for his tireless involvement in youth basketball coaching and other civic activities, Williams died at age 75 in 2009. His daughter, Joyce Calhoun, has continued the tradition. This year’s dinner falls one day prior to the two-year anniversary of his passing.

Four “Fruits of Labor” community service awards will be presented.

Recipients include Charles Youmans, recruiter and community police advocate for the Police Department, and Arnold D. Cox, president and founder of ADC Prevention Services, which deals with helping at-risk children.

Other award recipients will be Zelmon Johnson, co-owner of the Olive Tree Books-n-Voices bookstore on Hancock Street, and Joan E. Fuller, director of the urban education program at Westfield State University.

“I’d like to take this opportunity to thank you for your insight and showing me a new way to look at life. Even though I may get out of control and loose it, you are still there. Thanks! Thanks for all the help and time you’ve provided.”

“Arnold, You live your life with a focus on purpose. Purpose to change students lives; purpose to offer hope, help and compassion; purpose to teach by example of your own life. Thank you for your many gifts, efforts and wisdom you offer to our staff and students on a daily basis. We are fortunate for the vision and evolution of our program. Thank you for allowing and supporting this to happen. Our students deserve the best.”

“Arnold not only became my son’s mentor, he also became his friend. He sas taught my son that anything is possible. That is why it is so important to have the programs and services that Arnold offers. Because there are children and parents that will benefit greatly from these services.”

“Being at the after school program has helped me improve my grades with the time I can spend doing homework, projects, etc. I can get all the help that I need. Thanks to their help, I am a honor roll student. I haven’t gotten anything below a B this year.”

“The program is like a second home. I like it there. I feel well and I also get tons of help.”

“The only place I feel safe is in the ADC program because they teach you a lot about drugs and positive things and helping you with homework and other things like that.”

“Thank you very much for your services. Randy Jr. has tried to deal with his problem and your service has helped.”

“Dear Arnold, I would like to thank you for what I hear was a very impressive diversity training. Both the youth and the chaperones enjoyed themselves. I am only sorry I couldnt be there. Thank you!”